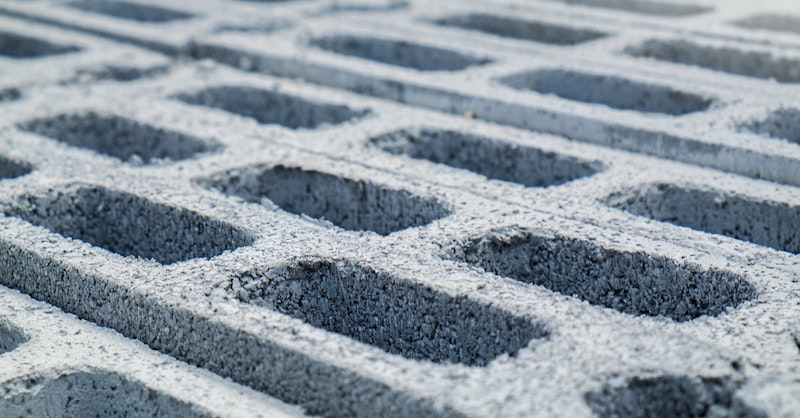 Concrete is the second most consumed substance on the planet, trailing only potable water. Cement production - an essential ingredient for concrete - alone contributes to 7% of global anthropogenic carbon dioxide (CO₂) emissions. As the world will see the building stock double in size by 2050, pressure for the cement industry to decarbonize has risen swiftly.
While cement accounts for a small part of the volume of concrete, it is almost entirely responsible for concrete's carbon emissions. Cement production is not only energy-intensive, but its inherent chemical reaction - calcination - releases gaseous CO₂. Efforts on fossil fuel substitution and energy efficiency improvements have been spent to tackle power-related emissions. Preventing CO₂ release from the calcination reaction is trickier, but innovative solutions such as Carbon capture and Utilization (CCU) can enable low- and even negative- carbon concrete. IDTechEx's recent report "Carbon Capture, Utilization and Storage 2021-2040" explores the technical and commercial aspects of CCU, and its potential to mitigate CO₂ emissions.

The CO₂ produced during the calcination reaction can be captured at point-source to be either stored safely underground (carbon storage) or used for a range of industrial applications (carbon utilization), including concrete manufacturing. These Carbon capture, utilization, and storage (CCUS) technologies are likely to play a key role in the fight against climate change, with the UN estimating that CCUS could mitigate between 1.5 and 6.3 gigatonnes of CO₂ equivalents per year by 2050.
Though CCUS technologies do exist commercially, they will need to scale up hundreds of times to have a meaningful impact on global emissions. As CO₂ storage has no business model without a regulatory framework, CO₂ utilization could boost the economic feasibility of CCU. However, for captured CO₂ to be widely utilized as a raw material, CO₂ marketplaces and distribution infrastructure will need to expand accordingly.

Using the CO₂ captured on-site as a feedstock for concrete manufacturing could be an effective way to come full circle. A promising solution that applies this principle is carbon-cured concrete. In CO₂-curing, captured CO₂ is injected to accelerate the process, strengthen the concrete, and sequester the CO₂ into the end-product.
The Montreal-based cleantech CarbiCrete uses this CO₂-curing method to produce carbon negative precast concrete blocks. The negative emissions are achieved not only by utilizing CO₂, but also by using an industrial waste as raw material, steel slag, eliminating the need for cement altogether. A more modest carbon footprint reduction of around 5% is promised by CarbonCure, although its technology has a broader market penetration, spanning both precast and ready-mix concrete. The company is also using captured CO₂ to strengthen recycled concrete aggregate (RCA) and to treat concrete wash water to allow for its reuse.
Another Canadian startup, Carbon Upcycling Technologies (CUT), makes additives for concrete by incorporating CO₂ into industrial waste powder by-products such as fly ash. CUT's resulting CO₂-enhanced fly ash promises to improve concrete strength whilst reducing its carbon footprint by up to 25% through both sequestering CO₂ and decreasing the demand for cement as a raw material by 10%.
Although some of these technologies promote reductions in operational and raw material costs, sourcing captured CO₂ is likely to increase the overall price of the final product. With the appropriate policy incentives and cost reductions that comes with large-scale implementation, this "green premium" can be reduced, giving the edge needed for these low-carbon concrete alternatives to take off.

Concrete manufacturers are facing a growing pressure to abate their emissions, even though the economic advantages of doing so are still uncertain. To capitalize from CCU technologies, concrete makers will need to commit to fundamental changes in their well-established manufacturing methods, which may involve lofty investments and partnerships with unfamiliar players, such as carbon capture companies and innovators licensing CO₂ utilization solutions. Forward-thinking players are likely to future-proof their business, as they focus on both profits and sustainability.
For a more detailed analysis of the technological and economic factors in the CCUS industry over the next twenty years, please visit www.IDTechEx.com/CCUS. For the full portfolio of Green Technology research available from IDTechEx, see www.IDTechEx.com/Research/GreenTech.
IDTechEx guides your strategic business decisions through its Research, Subscription and Consultancy products, helping you profit from emerging technologies. For more information, contact research@IDTechEx.com or visit www.IDTechEx.com.
Top image: Concrete is the most used man-made product on Earth and its key component, cement, contributes to 7% of global CO₂ emissions. Source: Shutterstock