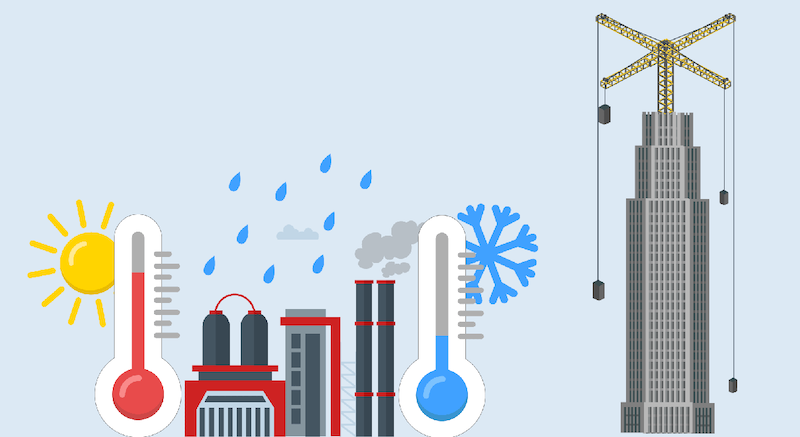 The new need for massive amounts of delayed electricity will provide major new business for the mining and cement industries while helping them to clean up their act and generate new earning streams. This is because today's solutions are inadequate for the emerging need in cost, storage time, and performance at larger size.
Raghu Das CEO of analyst firm IDTechEx advises, "Consequently, compressed air is being bid for up to 6GWh at a time of delayed electricity, some using caverns from salt mining. Hydrostor, with a 65GWh negotiation pipeline, mines its own purpose-built caverns. Hydrogen storage in bedded salt deposits is proposed by others. Highview Power sells liquid air versions, with a 4GWh order book. Backer Sumitomo Heavy Industries is known for its excavators and ash handling plants. Highview storage of up to four weeks is ideal for the not-unusual one month of no wind. SaltX proposes nanocoated limestone storage. Expect the mining industry to further buy into these new earning streams from its assets."

Energy Vault in the lead for the gravity option

Gravity storage lifting rocks can even provide six-month seasonal storage (solar not being strong in winter) with no self-leakage of power but proponents currently prioritize up to four weeks in open-pit mines and mineshafts. Energy Vault is leading with an initial target of 2-4 hours storage scaling later to 12 hours economically, at very high efficiency, storing electricity for one-tenth of the cost with batteries and for longer, they say. Composite blocks used in its testing of a 5MW version were 96% soil that was blended with a Cemex polymer developed to enable soil and water to be mixed with cement powder. Tailings from coal mining and fly ash are also of use. Coal plants generate millions of tons of coal combustion residuals. These cause pollution when in landfill so use them for delayed electricity. Gravitricity plans concrete pistons in mine shafts for maximum power delivery, where this is the priority.

Saudi Aramco, the world's largest energy company due to its fossil fuels, and Enel Green Power, the world's largest independent power producer, have invested in Energy Vault. Some of its larger initial deployments are going to be in the Middle East as it transitions from using ample oil to using ample sun. Sand, gravel, other aggregates and rocks, even processing, burning, and concrete waste are involved in various projects. Hot rock storage can prevent the total writeoff of fossil-fuelled power stations at mines, concrete plants, and elsewhere. Replace the generators with green storage keeping the steam turbines and distribution, then sell energy storage to the grid as Siemens Gamesa and Stiesdal are demonstrating.

Expensively, lithium-ion batteries are being installed at up to single GWh levels but their response is slower, storage time short due to self-leakage, toxic disposal troublesome. Clean alternatives promise one-tenth of that levelized cost of electricity storage and no materials shortages or toxicity. Will it happen?
IDTechEx has market reports on all the options, for example, "Redox Flow Batteries 2021-2031" which sees them newly competitive for around six hours of storage, and "Stationary Energy Storage Without Batteries: Grid, Microgrid, UPS, Trackside 2021-2041".

What is behind all this? Electrification is central to saving the planet and eliminating local pollution that kills millions. Today that means very intermittent wind and solar power as hydropower runs out of sites and ecological credentials.
Inadequate long-term storage is a common theme. In recent months, widespread blackouts in China have been partly due to renewables being unable to compensate for the retirement of fossil fuel generation and its increased cost. UK electricity prices have rocketed partly due to a lack of wind. In winter, solar buildings in Europe make one-quarter of the amount of energy storage and cannot compensate. Affordable long-term storage will be the final nail in the coffin of diesel, oil, and gas peaker plants.
Solar power is coming down fastest in cost. However, its intermittency is worst, bringing an additional need which is seasonal storage due to it being feeble in winter not just dead at night. There are many storage options and more on the way and they must tackle this and the fact that storing a given amount of electricity costs at least ten times as much as making it with zero emissions.

The mining and concrete industries are intimately involved and all will help each other as this evolves. See the IDTechEx reports, "Concrete and Cement Reinvented: Growing the Market, Decarbonising 2022-2042" and "Mining Electrification: Vehicles, Generation, Repurposing 2022-2042". The largest amount of concrete used on one site is the hydro dam and tidal barrages use huge amounts of concrete. Many bring ecological problems and safety concerns. The number of sites is limited, this also being true of pumped hydro storage but lost concrete business can be replaced by reinvented concrete value chains from quarry to construction.
The cement and concrete industry are together responsible for 6-10% of global warming, mainly due to the calcification in making cement but extraction, crushing, heavy transport and erection also loom big. It is slowly learning to reduce or electrify much of this.
For the full portfolio of related research available from IDTechEx please visit www.IDTechEx.com.
IDTechEx guides your strategic business decisions through its Research, Subscription and Consultancy products, helping you profit from emerging technologies. For more information, contact research@IDTechEx.com or visit www.IDTechEx.com.